You are here: Home > Priory Church 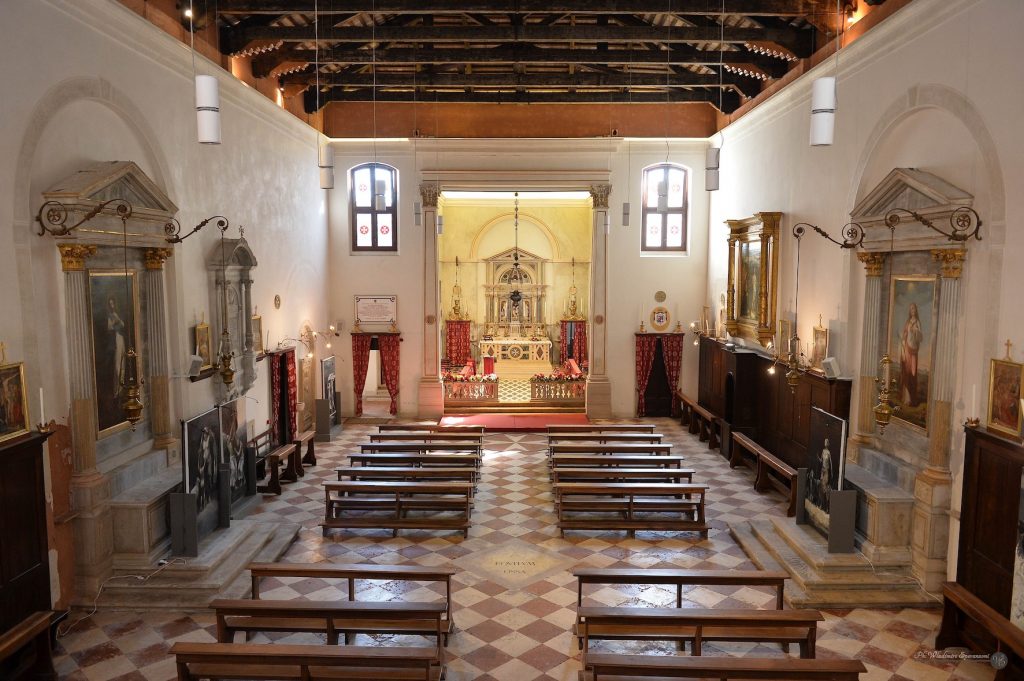 The Church of San Giovanni Battista dei Cavalieri di Malta in Venice, better known to the Venetians as the church of San Giovanni dei Furlani for the numerous presence of the Friulian community in the area, owes its current delineation to the restoration carried out by the Grand Prior Fra’ Sebastiano Michiel between 1498 and 1505 who in the year 1500 commissioned the master Giovanni Bellini the famous altarpiece depicting the Baptism of Jesus Christ where at the feet of the Lord we find the client portrayed.

The high altar, designed in the early sixteenth century by the well-known Venetian architect Jacopo Sansovino, comes from the church of San Geminiano which was located in Piazza San Marco, in front of the Basilica, and which was demolished in the early nineteenth century to allow the construction of the Royal Palace, now home to the Correr Museum. It was restored in 2020 bringing to light the original color.

Also on the right wall of the presbytery is a large icon of the Blessed Virgin Nikopeia, patroness of Venice, of the Venetian people and of this Grand Priory. 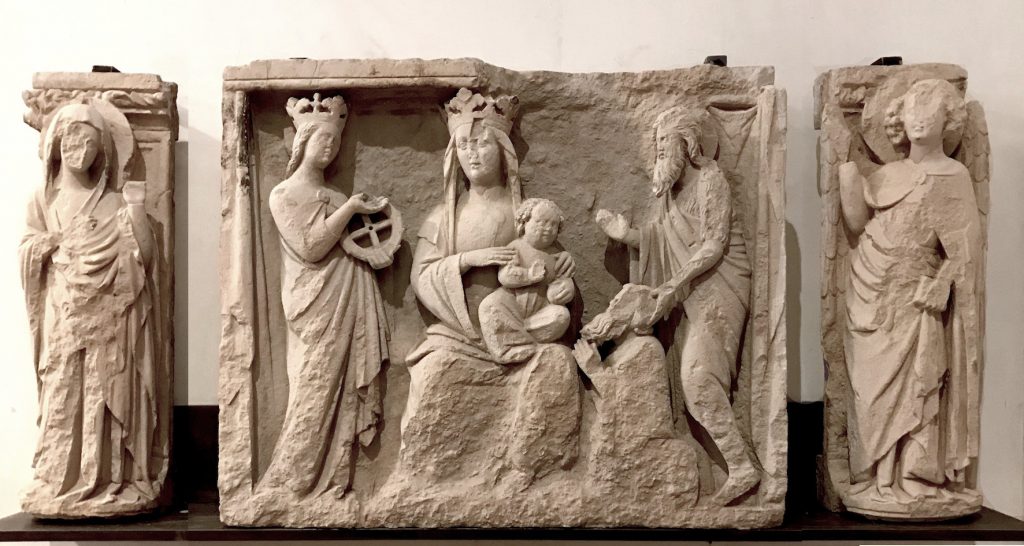 In the front part of the nave we find the funeral monuments of Archduke Frederick of Austria and of Fra’ Bertucci Contarini as well as a very old high relief where are represented the Virgin with the Child Jesus, Saint Catherine of Alexandria  (Patroness of the Langue of Italy of the Order of Malta) and Saint John the Baptist with a kneeling knight. On the sides we have a saint and an angel.

In the middle of the nave there are two side altars dedicated, respectively, to the Immaculate Conception of the Virgin and to St. Filomena.

In the choir there is the ancient pipe organ that is still used during religious functions and concerts. 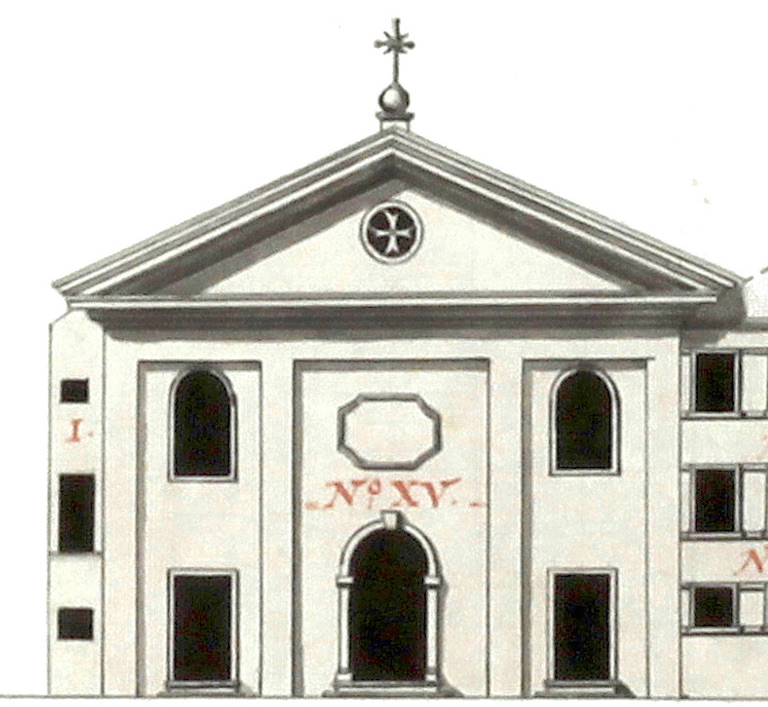 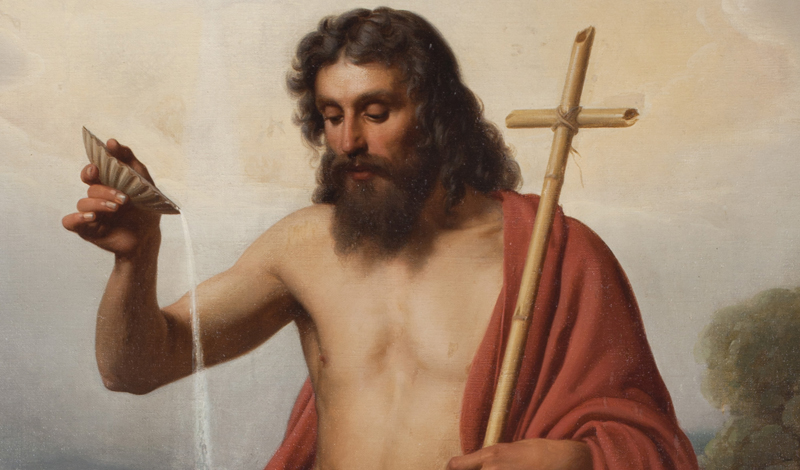 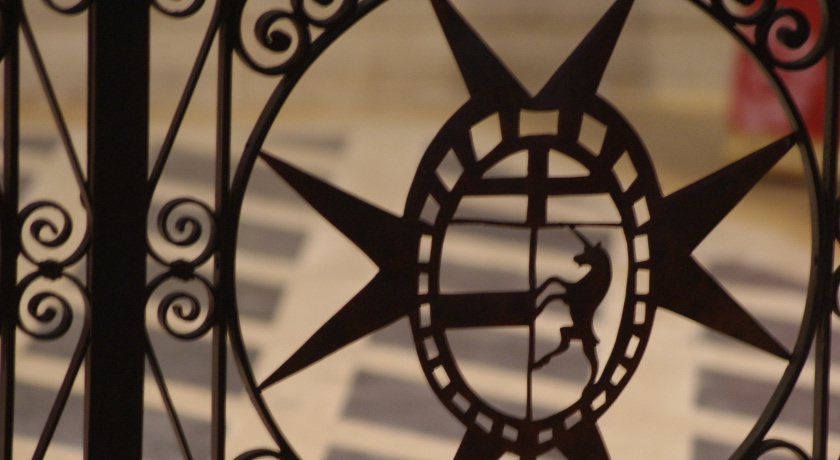 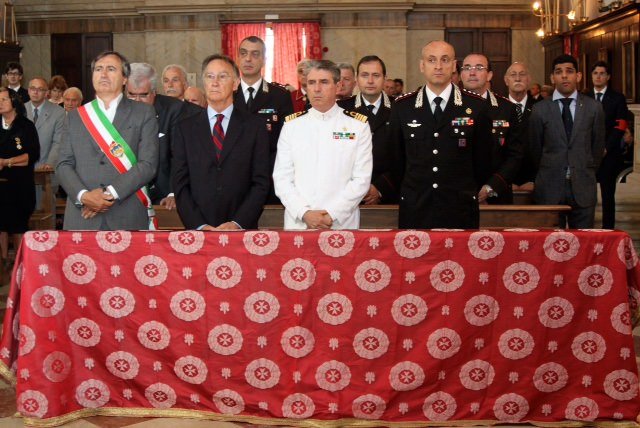 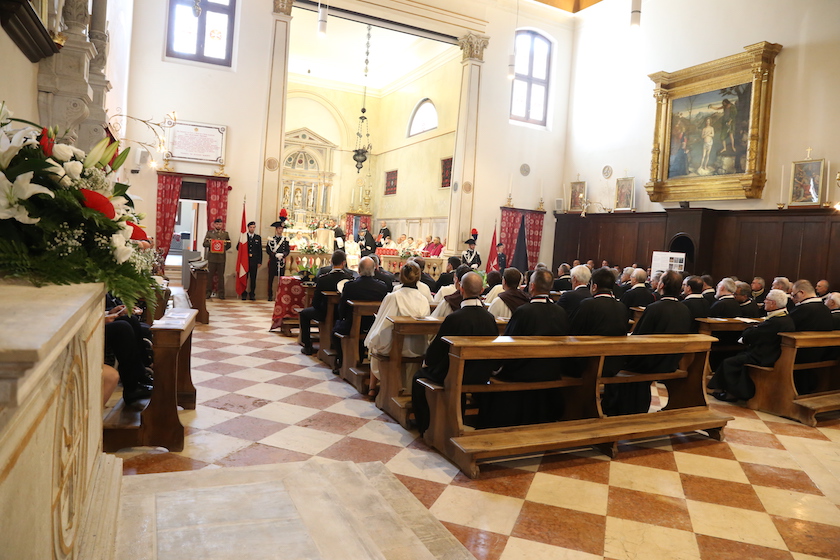 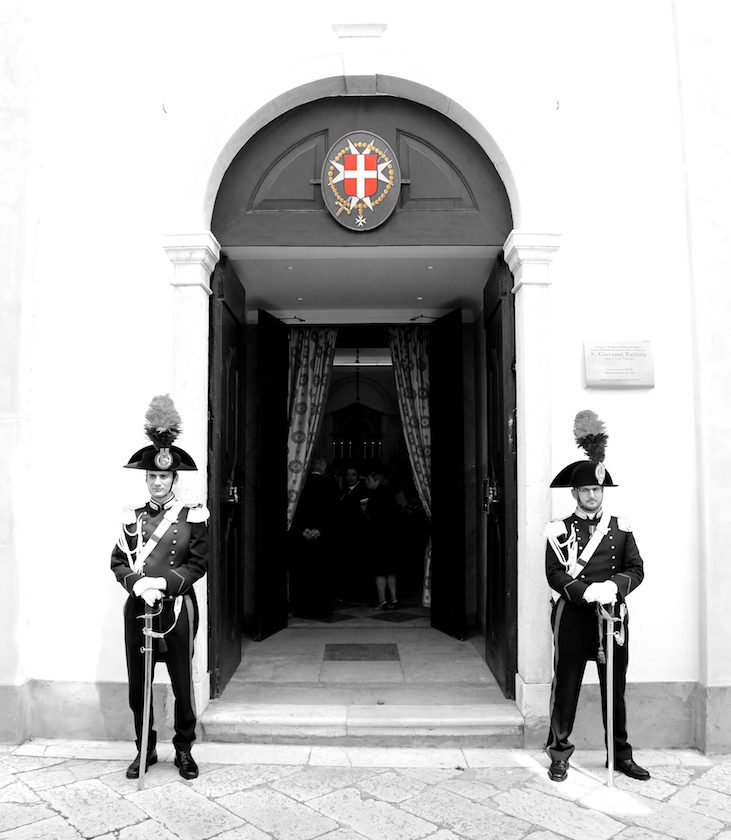 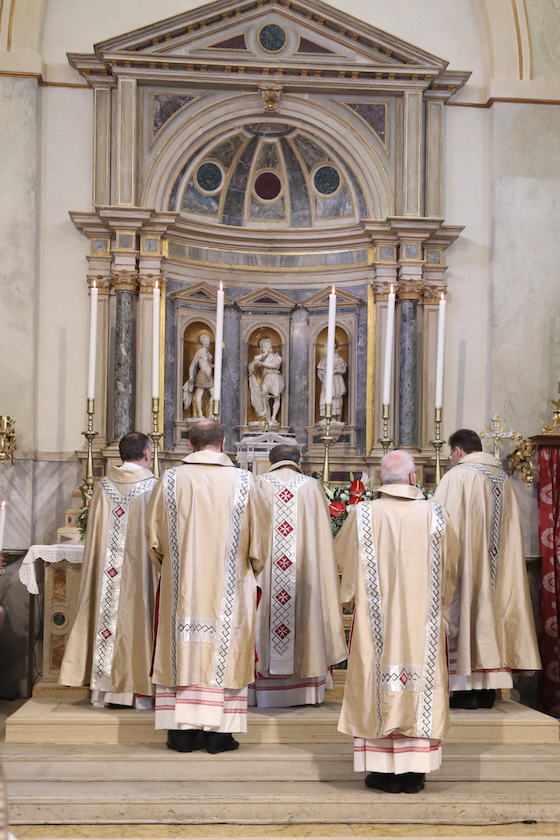 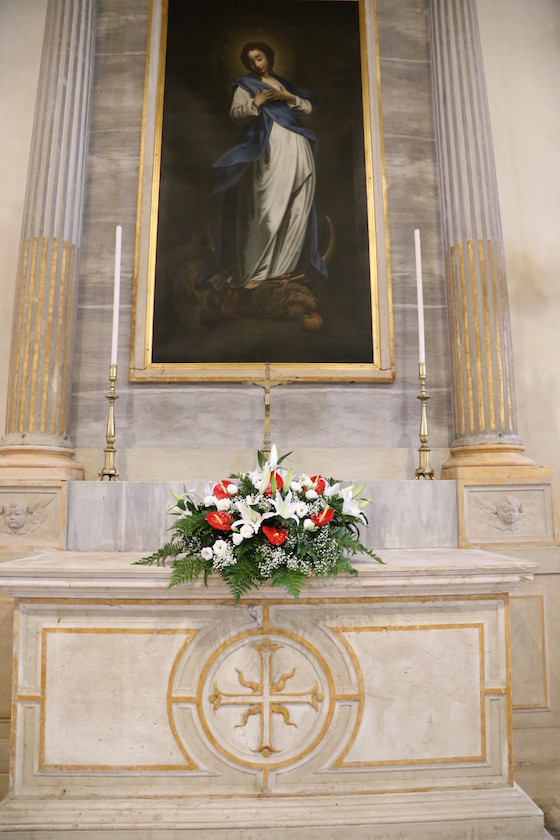 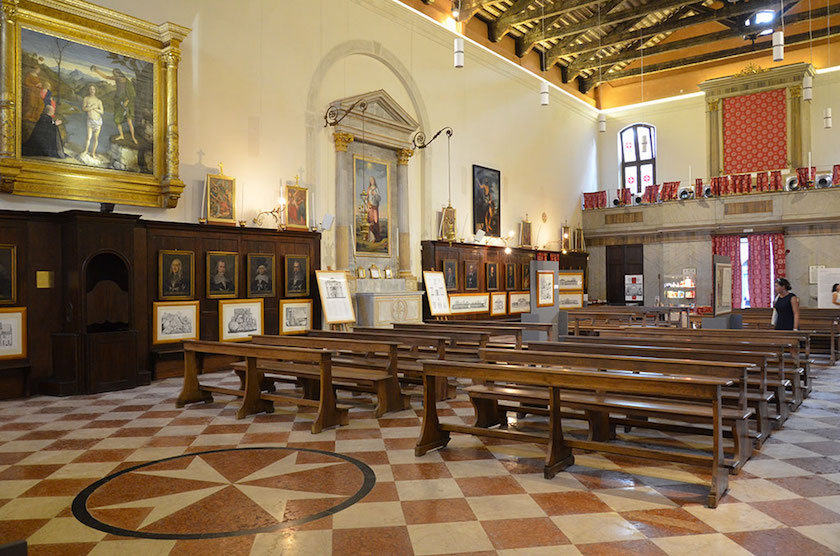 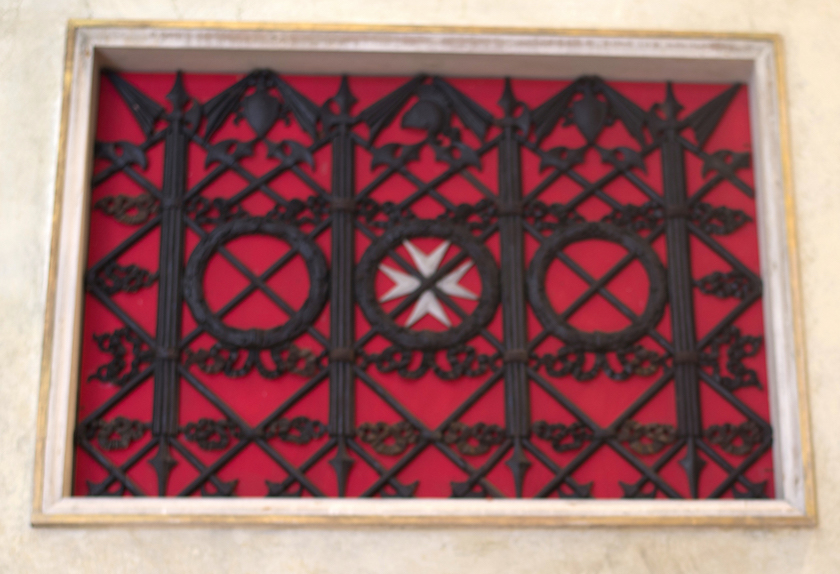 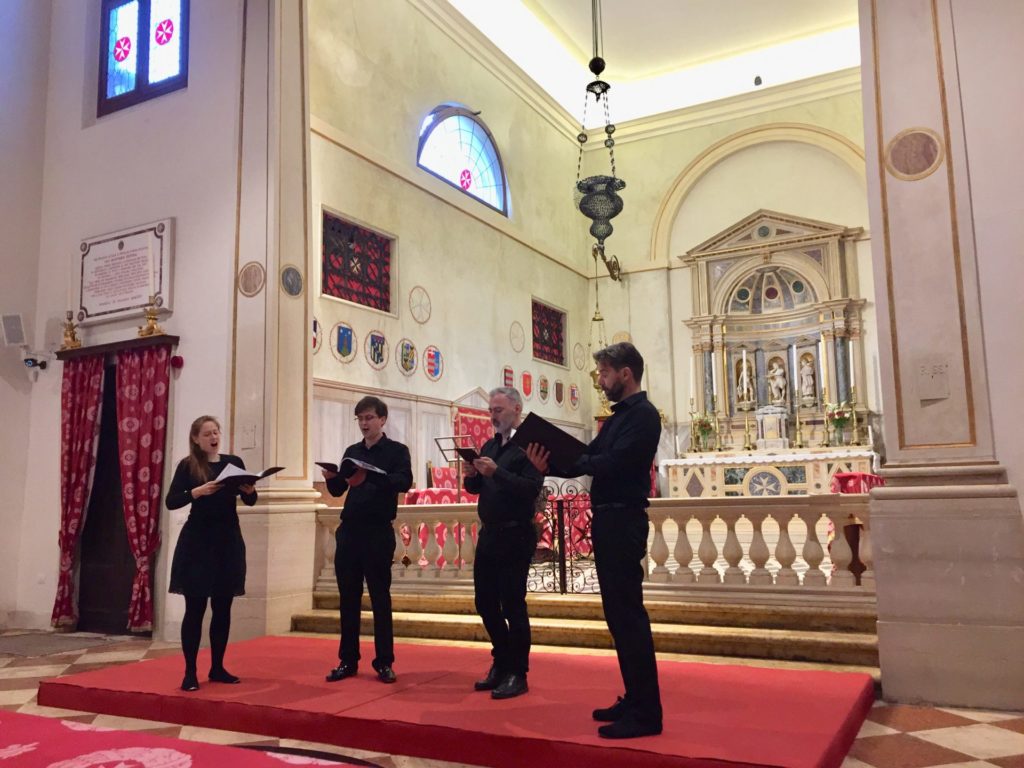